10 Things to Transform Your Public Speaking 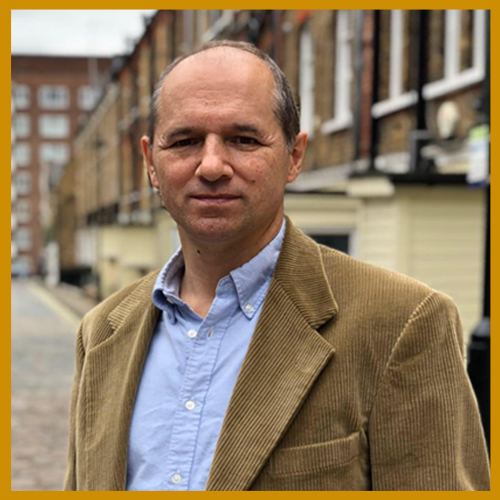 10 Things to Transform Your Public Speaking

Have you been up ever been asked to do a talk at work what’s your club? Public speaking is one of our biggest fears, so maybe you turned down the opportunity because you were scared of speaking in public or not confident of delivering a talk?

My advice is that you should take up the offer make sure, but make you are prepared, rehearsed and polished so that you give your audience value for their time.

Don’t be casual because as Jim Rohn once said, “casualness leads to casualties”.

In fact, we would probably not have heard of Jim had it not been for a talk he gave to a local Rotary Club. He was already a successful businessman and a millionaire when he was asked to give a talk about his career and how he made it from a ‘farm boy in Idaho to Beverly Hills’. Jim accepted the offer and gave a great speech.

As a member of Rotary myself I know that not all speakers really make the effort or prepare.

Someone saw Jim and asked them to do another talk at a different club. Then someone approached him and asked him to give a talk at a corporate event and said he would pay Jim. Jim thought, “wow, I get paid to talk?”.

This is how his multi-million dollar speaking and training career was launched. By saying “yes” and making an effort to do a great talk he was spotted and things just took leading to a whole new career.

I’ve seen many careers launched from one good talk.

That’s right, I’ve seen people promoted because they were noticed giving a presentation to colleagues at work.

I’ve even seen a young guy promoted because he was good at cricket!

Funny as it may sound, my colleague Colin was my admin assistant serving on me when we worked for Legal and General in the 1980’s. Our branch was asked to take part in a cricket match against one of our building society business associates.

Colin been a young fit sporty type stepped up and volunteered to captain the team. He did a great job of organising fielders, selecting batsman and of course bowling people out and scoring a few runs. His prowess and leadership skills on the cricket field were noticed by the branch manager who not long after promoted him.

In fact, he snobbishly commented that he was impressed with Colin, but we just need to teach him not to wear white socks to work!

You might say that Colin got lucky, but the fact is he stepped up to the mark, took his opportunity and did his best. I don’t think for a moment the Colin thought that his performance would lead to promotion. It was just the type of guy that would give his all.

Colin went on to have a wonderfully successful career in financial services. I met him a couple of years ago and we shared a few jokes about the good old days.

Talking about seizing the moment, I’m sure many of us remember Queen’s performance at the Live Aid fundraising concert when lead singer Freddie Mercury stole the show.

Many of the bands who came on throughout the day just played a few songs and walked off, but Queen prepared a brilliant medley. They knew they only had a few minutes to impress the audience and the millions watching worldwide, so they packed everything into that performance. I believe that the performance re-launched their career and turned Freddie into a superstar.

I recently watched a documentary about the legendary Woodstock concert in America where an estimated one million people turned up to watch the great bands of the time.

Frankly, most of the performances were disappointing and a bit of a let down. The poor Soundsystem didn’t help, but the main reason was that they were unprepared and really winging it.

Then a British band came on stage who were completely different. They were professional, well rehearsed and gave an amazing performance. Anyone know who I’m talking about?

The Who. Like Queen, I think they quietly stole the show even though they seemed to have a late-night slot. Roger Daltrey was masterful and they really stood out from the crowd.

What I’m saying is that they seized the opportunity, grabbed the moment and gave it their very best shot. They were not casual. they were professional.

The same applies to any kind of talk or “performance”. Always be prepared and always be professional and give it your very best shot.

Barry Hearn recently remarked (in a podcast interview with Rob Moore) that we get lucky breaks in life, but we don’t always make the best of the luck we are given.

Don’t underestimate the power of speaking. Speakers have moved whole nations, launched businesses and started religions which have lasted for thousands of years.

What do religious leaders do every week in front of their followers? They speak, preach, lead prayers and reinforce the message, the word!

Think about World War II and how two powerful speakers lead their nations through speeches. Adolf Hitler on one side preaching hatred and Winston Churchill rousing his country to take a stand against the far more powerful enemy that was marching through Europe like a hot knife through butter. If you want to hear masterful speaking, google the speeches of Winston Churchill. Listening to him makes the hairs stand up on the back of my neck. Winston was not a great speaker by accident. He spent much time at the BBC learning how to deliver is message on the radio, the leading media at that time. Like many great speakers, for instance John F. Kennedy and Dr Martin Luther King, he employed a Shakespearean style of language to inspire his audience.

Learning from an early age. I’m convinced that the reason why so many people who have gone through private education become confident speakers and leaders is that they are taught to speak from a very young age. I went to state school and I can count on the fingers of one hand the number of times I was asked to read in a class, let alone speak in front of an audience. I sent my children to private schools and from a very young age they were taught how to speak in public. They were given short talks to practice and even learned how to emphasise words and not sound monotone. I can remember my son standing in our living room reading out a short speech which he had to deliver the next day. His tone was going up and down as he emphasised important points. I was amazed that he could do this at only seven years old when I was probably in my late teens or early twenties before I had to give a speech.

10 Tips To Improve Your Public Speaking

This is not a definitive list of how to speak in public. You can read many books and take courses on the subjects and mastering speaking can be a lifetime’s work. But these few short tips will get you started.

Finally, remember that a large percentage of people who are in prison have a limited vocabulary, as well as reading ability. They can only see the world through their own limits. Once people become more educated and learn to speak, they are less likely to reoffend.

If you want to improve your vocabulary read more books and google the words you don’t understand. You can also learn a word a day and we that into your conversation so that you memorise it.

How does this relate to money tips? Nearly all of the money we earn and all of the relationships in life involve speaking to people. The better you are at speaking, the more chance you have of leading a happy and successful life.