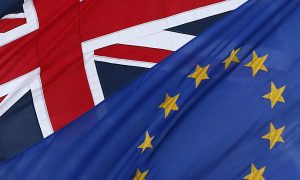 Last chance. Wednesday 30 June is the deadline for most European Union (EU) citizens to apply to live permanently in the UK as settled residents.

The take-up of the European Union Settlement Scheme (EUSS) has been huge – but there are serious concerns that thousands of people have still not sought to register. Anyone who is not registered loses their legal right to live in the UK.

What is the EU Settlement Scheme?

The EUSS was launched in March 2019 to register EU citizens as settled residents in the UK.

This is a follow-on from Brexit, which ended freedom of movement and the right of people from the EU to come to the UK – and for UK citizens to go the other way.

Anyone who can prove they have been living in the UK continuously for at least five years before the end of 2020, can seek “settled status” – legal recognition that they live here permanently.

Anyone who shows they have been here for less than five years gets “pre-settled status”.

This gives them the right to continue living in the UK – but they then have to make a application later on for full settled status.

What happens if people do not apply?

Some experts believe there could be more than 100,000 people who will fail to apply before the deadline.

Anyone who has not applied or received a status would technically become an illegal immigrant overnight and face problems:

In England, private landlords must check the immigration status of tenants – and the housing charity Shelter predicts this will be a disaster.

Who could have missed the deadline?

There may be people from all walks of life who fail to register in time – but migration experts, lawyers and charities have identified a range of people who they are concerned about:

Children whose parents came to live and work in the UK under the pre-Brexit freedom-of-movement rules, but who never sought permanent settled status under British immigration laws.

These children cannot be sure they are British citizens or legally entitled to remain in all circumstances. The same could apply to children who are not yet born.

Marianne Lagrue from the Coram Children’s Legal Centre says the numbers of EUSS applications for children are far short of what would be expected – meaning there could be thousands in this category.

As they leave compulsory school-age education, these children would be legally forbidden from going to colleges, universities and into work.

The Home Office has identified that there are more than 3,600 EU children in the care system. As of late April, EUSS applications had not been lodged for 1,220 of these.

EU citizens who arrived before the UK joined the European Union in 1973 are generally already allowed indefinite leave to remain.

However, there will be elderly people who came after that date who may have no proof of their legal residence in the UK, and may not realise that they need to apply to the EUSS.

A Whitehall leak last week revealed that officials have calculated that 130,000 of 820,000 European Union citizens eligible to claim one benefit or another, have not applied to the EUSS.

After the Brexit vote, there was a surge in applications to a previous scheme which confirmed permanent residence – some 390,000 cases.

But that document is now legally worthless. Nobody can rely on it anymore as legal proof of permanent residency.

There will be EU citizens in the UK from poor and marginalised backgrounds who may not even know they should be applying to the scheme.

One example would be men and women trafficked by criminal gangs into modern-day slavery, such as the sex trade. Another would be victims of domestic abuse whose lives are controlled by their partners.

Oxford University’s Migration Observatory has identified many other groups who could be affected.

How long do you have to make a late application?

The government is promising a “pragmatic and flexible” approach to late applications.

It says that anyone who has received a certificate proving they have applied will have their legal rights protected while officials process their paperwork.

The Home Office says that the scheme remains “indefinitely” open – but only if the individual can show they had reasonable grounds for missing the 30 June deadline. Source: BBC

There is growing evidence that hundreds of thousands of EU citizens returned home during the lockdown in 2020. Many of those migrant workers have yet to return, creating a labour shortage in areas like care, hospitality and transport.

The UK’s Brightest Property Experts Will Share In-depth, Practical Knowledge Of Buy-to-let Properties, Raising Finance And How To Build A Mighty Portfolio From The Ground Up.

At the Multiple Streams of Property Income event we reveal the many ways you can quickly make large sums of money and secure your financial future. Our skilled trainers will reveal proven, successful methods for you to cash in on right now, even if you have no previous experience and little to no finance. Our trainers have all ‘been there, done that’ and you can relax in the certainty that you are getting the expert help you deserve! Your just need to take that first step…

Register HERE for this FREE Training